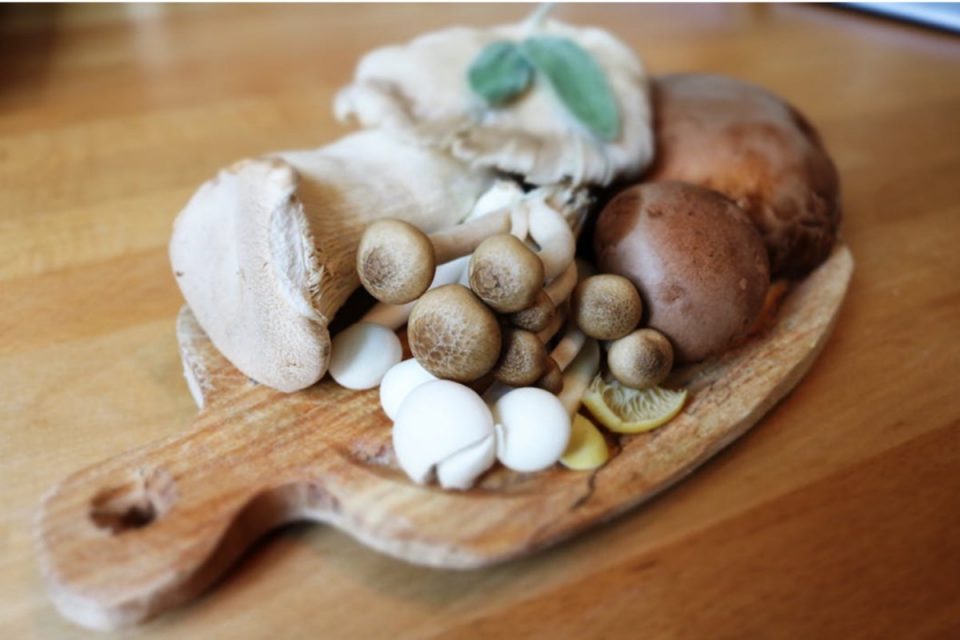 The majority of common illnesses that individuals experience can be treated with mushrooms, starting with modest issues like fatigue and inflammation and progressing to heart disease. There is probably a mushroom you can add to your diet to aid with any illness you have. Knowing which mushroom to take is the challenge. So, where do you start when there are so many options for medicinal mushrooms? Here are the top four medicinal mushrooms that have been researched and utilized the most.

Hericium erinaceus, sometimes known as lion’s mane, is a species of mushroom that has long, tumbling, shaggy spines that resemble a waterfall. In northern woodlands, a lion’s mane develops on the stems of hardwood trees.However, it has a texture that is somewhat similar to cauliflower when sliced open.

This mushroom is used by practitioners of Chinese medicine to treat the spleen, which is related to energy, digestion, and water control. This kind of medicinal fungus is also used in Traditional Chinese Medicine (TCM) as a tonic for fatigue and diseases associated with stress.

Lion’s mane can be helpful in reducing or halting the development of tumors and includes substances that can aid in the regeneration of brain tissue. Alzheimer’s disease prevention and therapy are actively being explored. Some of the best ways to include them in your everyday life are to take them as supplements, brew them in tea, or blend them into a smoothie. You could also opt to take them as lion’s mane gummies.

Shiitake mushrooms are among the most well-known mushrooms in the entire globe and have a meaty, adaptable flavor, which accounts for their long history of usage as a food source in Asia. They work best in stir-fries, salads, or soups. In Traditional Chinese Medicine (TCM), Shiitake used for a long time as both a meal and a supplement because it is believed to enhance the healthy circulation of blood and prolong life.

Shiitake mushrooms can be excellent for lowering cholesterol and preventing cancer, much like many other mushrooms. Shiitake also be used to treat viral diseases like HPV and hepatitis C. as well as the majority of illnesses when the immune system is weak. They could even aid in preventing tooth decay.

One of the most popular and familiar mushrooms to many people worldwide is the Turkey Tail mushroom, also known as Trametes Versicolor. It grows on dead trees all over the world and got its name due to its brown and tan rings that make up rings that resemble the tail feathers of a turkey.

Depending on where they are grown, they have a range of varied sizes, forms, and colors. Turkey tail mushrooms are highly abundant and may be found in practically every hardwood forest in Asia, Europe, or North America. Turkey tail mushrooms have been utilized in TCM to assist in energy, fluid balance, lung health, and digestion. They can also stimulate the synthesis of cytokines, boost the number of natural killer cells, and perform other immune-stimulating activities.

Chaga is an odd-looking mushroom that resembles charcoal more than a mushroom and grows on birch trees. Chaga’s therapeutic benefits include the ability to cure tumors and can relieve swelling or sores. Additionally, it somewhat lowers blood sugar levels.

Chaga has been examined for its potential utility in treating stomach and skin diseases. More than 200 pre-clinical cell and animal studies on Chaga have revealed positive health effects, including its high antioxidant content, digestive and immunological support, ability to reduce inflammation, presence of important antimicrobial compounds, and adaptogenic properties.

Mushrooms are crucial ecological decomposers that also take in nutrients from the plant debris they consume to sustain themselves. Mushrooms have been used medicinally for thousands of years due to their wide range of beneficial health effects. The popularity of holistic nutrition and functional medicine in recent years has led to a rise in interest in these amazing superfoods.

How to Dress for Fall Weather When You’re Always Warm