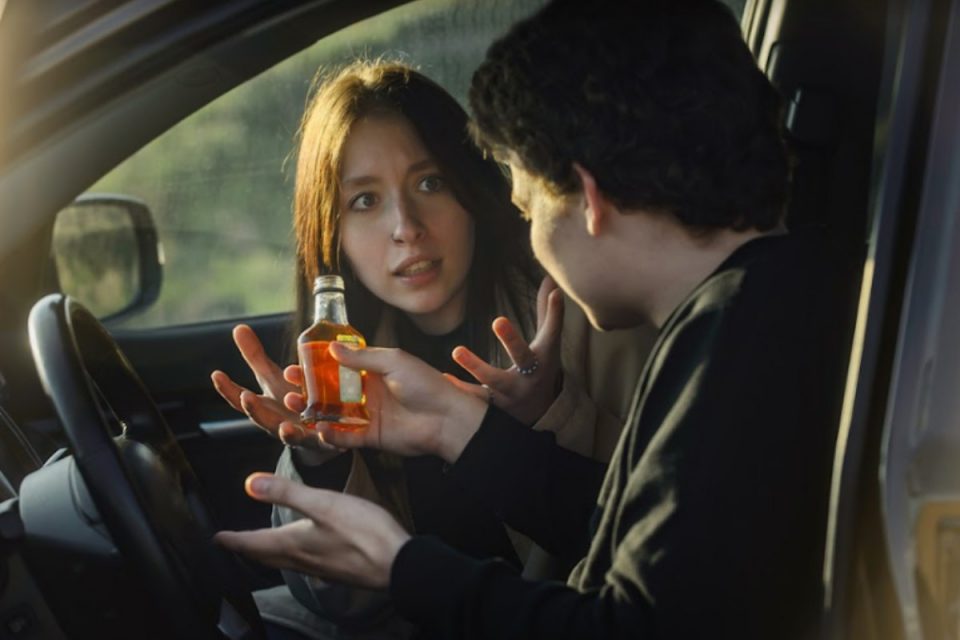 Alcohol addiction or alcoholism is defined as continued use of alcohol even if personal, financial or social problems have become unmanageable. In addition, abusers experience strong cravings, need more alcohol to feel good, and experience withdrawal symptoms when stopping cold turkey. The consequences are pervasive and affect not just the abuser but the family and society at staggering economic and social costs!

In 2020, 1.9 million people received treatment for alcoholism in the United States; about 57% joined self-help groups, while others sought help in mental health centers, outpatient programs, and residential rehabilitation centers.

Some achieved sobriety on their own or in groups by avoiding triggers and recognizing the signs of relapse before they hit rock bottom. For others, the journey ended in the emergency room, hospital, jail, or morgue.

To avoid such, seeking helpful information and intervention from sites like https://www.jacksonhouserehab.com/treatment/alcohol-addiction/ could be valuable. The following are some effects of alcohol addiction on the body. 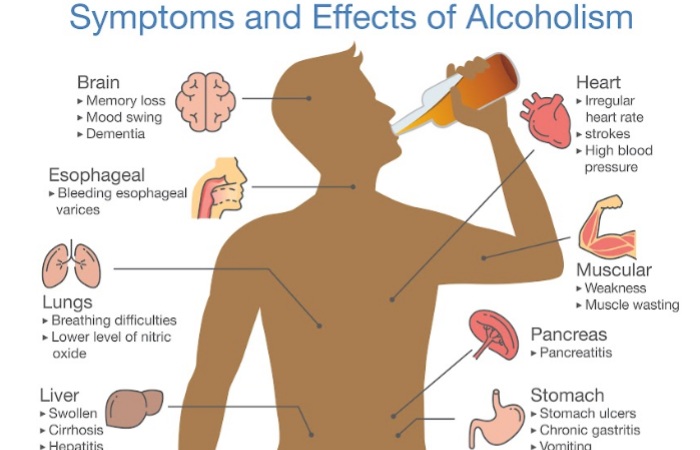 Immediate And Long-Term Impact On Health

Not all heavy drinkers become alcoholics, but binge drinkers and those undergoing stressful periods may cross the line to being addicted unawares. Alcohol has short- and long-term effects on the body, depending on the kind of alcohol consumed, frequency of use, the amount used, the incidence of binging, and state of health.

Alcoholism is a chronic state that exposes organs to the frequent assault of a toxic substance; there may not be enough time for the organs to heal prior to the next spree. Here are some of the effects of alcohol substance abuse:

Impaired judgment, loss of inhibitions, and a short-term sense of euphoria promote risky behavior, which can lead to promiscuity, sexually transmitted diseases, and unwanted pregnancy. It can cause falls, accidents, violence, and burns. Driving under the influence can maim and have fatal consequences.

Over time, the neurons in the brain shrink, affecting mental capacity, coordination, moods, and behavior. Korsakoff syndrome, a mental disorder similar to anemia, develops when the brain responsible for memory is destroyed due to B1 deficiency in alcoholics.

When too much alcohol is consumed, areas of the brain responsible for autonomic functions like breathing, control of body temperature, and heart rate are affected and may lead to stroke, coma, or death.

Drinking too much on a single occasion, binge drinking, and chronic alcohol abuse can affect the heart and cause increased heart rate, high blood pressure, and irregular heartbeat, which can cause heart fibrosis. The weakened heart muscle can lead to a condition called cardiomyopathy. Heart attack, stroke, and arrhythmias are severe, sometimes fatal sequela, especially in the presence of pre-existing heart failure or rhythm abnormalities.

Liver cells are destroyed by alcohol consumption and can eventually lead to hepatic enlargement, fatty liver, alcoholic hepatitis, and cirrhosis. Although death is the end stage of cirrhosis, the liver can heal during the early stages of liver damage if the user stops drinking. But being a key player in the regulation of chemicals in the body, any damage to the liver could be detrimental to other organs as well.

Alcohol substance abuse can lead to renal failure and affect fluid and electrolyte handling. The hormone synthesis function of the kidneys is impaired, as well.

Consumption of alcohol slows down the movement of the gastrointestinal tract causing gastric acid to accumulate. When acid flows back to the esophagus, it irritates the tract causing pain and nausea. This condition, called Gastroesophageal reflux disease (GERD), may cause cancer. Prolonged and untreated irritation could also permanently damage the esophagus.

The pancreas releases substances that cause inflammation of its tissues and blood vessels when exposed to alcohol. Eventually, pancreatitis may occur.If ignored, the condition can be life-threatening.

Alcohol may have a role in the development of many types of cancer, such as cancers of the head and neck, gastrointestinal tract, liver, colon rectum, and breast. According to Cancer.org, alcohol consumption is a leading cause of ‘6% of all cancer cases and 4%of deaths.’

Alcohol raises cancer risk in various ways. Alcohol is very irritating and may damage or kill cells upon contact. Cells can also suffer injury from oxidative stress and exposure to acetaldehyde.

The cells try to repair the injury from repeated damage, which could lead to DNA changes during cell division. This deranged DNA growth increases the risk of developing cancer.

Impact On The Family

The alcoholic has much unmanageability, and the most painful is the rift caused among family members. Alcoholics can get angry, abusive, and mean one minute and embarrassed the next. They often get tangled in a web of lies of their own, which is confusing and disappointing to their family and friends.

Marital fights, assaults, and misunderstandings with the children often end in divorce or co-dependency of the worst kind. The alcoholic can be sullen and isolated, ignoring the needs of family members. Worse, denial of the condition prolongs intervention.

As expected, the divorce rate where one of the partners is an alcoholic is almost 50%, while only 30% when both aren’t. Substance abuse and its legal and financial consequences can overwhelm even the most loving partner. Pregnant women who are alcoholics may give birth to low birthweight infants with central nervous abnormalities.

Children of alcoholics are at high risk of mental health disorders like post-traumatic stress disorder (PTSD), anxiety, and depression. Unfortunately, the feelings of anger, resentment, and abandonment ferment, and they may have guilt and trust issues for life. This is why children with alcoholic parents tend to abuse alcohol and drugs early in life.

Alcoholism ruins friendships in the same manner that it destroys families. It’s painful for friends to watch the abuser implode, almost as frightening as being at the receiving end of meltdowns.

Because friends don’t usually live together and often show their best side, alcoholism can go undetected. But it may be time to look a little closer when friends start lying, having mood swings, or becoming manipulative.

Alcoholics often reach rock bottom when personal problems overwhelm them, safety is compromised, or financial or legal obligations close in. Situations vary: The stress may come from job loss, missed opportunities, failed investments, arrests, bankruptcy, or divorce. Because they’ve been too engrossed with drinking, alcoholics may not be able to pay bills on time, ending up with a bad credit rating. Medical bills can pile up, especially as most have no insurance.

The impact of Alcohol Use Disorders (AUD) is staggering. The National Institute On Alcohol Abuse and Alcoholism estimates that14 a million adults have AUD in the U.S., and a tenth of children live with parents who need to achieve sobriety.

According to the World Health Organization (WHO), excessive drinking causes more than ‘200 disease and injury conditions and is responsible for 5.3% of deaths worldwide. Excessive drinking and alcoholism cost the U.S. Government $249 Billion, broken down to the loss of productivity, healthcare, legal expenses, and damages.

Sometimes, the line between alcohol abuse and social drinking is blurred. But for those who are past the denial stage and are ready to change their lives, the options are many.

Some alcoholics are detoxifying on their own and participate in group counseling voluntarily. Not getting help has drawbacks because the withdrawal stage is difficult, and the urge to relapse is strong,

Alcoholics who feel they’re more successful with a strong support system prefer supervised detoxification, medication management, counseling, group therapy, and nutritional support. A multi-pronged approach isn’t for everyone but is highly recommended when there are two or more diagnoses.

For rehabilitation to work, commitment to sobriety is a must. The method used must be customized because everyone is different. It may be as simple as going to an outpatient facility or requiring many levels of care.

Alcoholism has many consequences on health, wealth, and personal relationships. Early intervention and counseling are ideal but may not happen until the alcoholic has bottomed out.

Most alcoholic marriages end in divorce, and the child who lives with an alcoholic will likely abuse alcohol or drugs early. With social drinking becoming the norm among teens, educating them on the pitfalls helps break the cycle.

The financial costs for the recovering alcoholic and for the government are huge, with most of going to treatment and rehabilitation. To be effective, chosen treatments should consider the family or the emotional space the alcoholic is in.

How Hindfoot Misalignment Affects Your Body

What is a Dangerous Level of HbA1C, and How Can People Lower It?

5 Facts You Should Know about Breast Augmentation