3 Easy Ways to Eliminate Pet Odors from Your…

What is a Dangerous Level of HbA1C, and How…

Top 12 Myths About Your Beauty Routine

A Beginners Guide To Crossfit: Understanding the WOD

All you Need to Know About Hypoactive Sexual Disorder

How to Dress for Fall Weather When You’re Always…

The 4 Types of Medicinal Mushrooms and Their Unique… 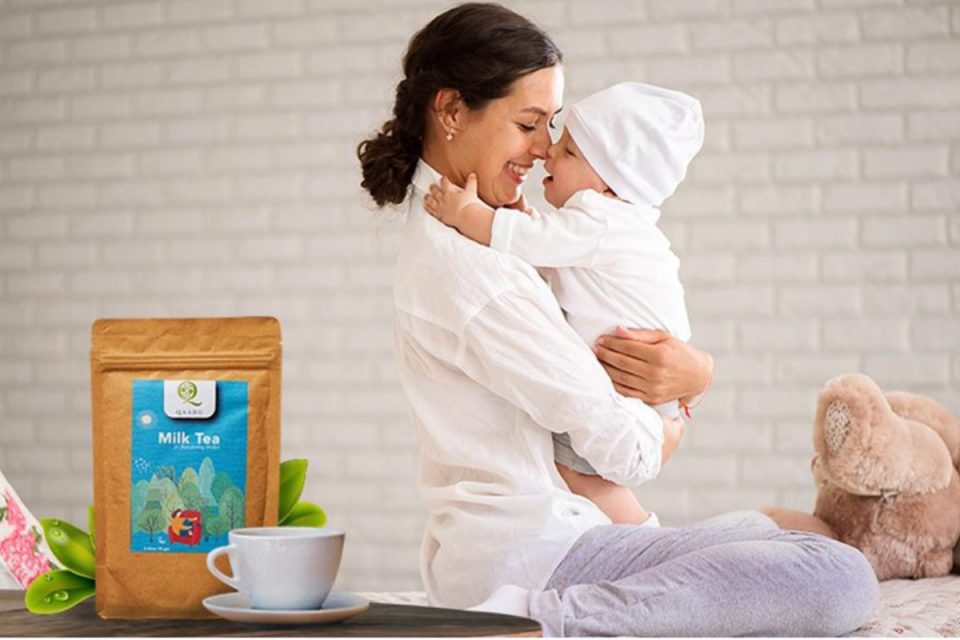 Here is a blog article highlighting the benefits of Qaadu Milk Tea for breastfeeding mothers. Let’s also break down the six benefits including healthy immunity, relieving stress, nurturing one’s self and baby, detoxifying, enhanced quality of bread milk and more!

What is Qaadu Breast Milk Tea?

For a new mother and her infant, nursing is a crucial period of care and sustenance. This tea is caffeine-free and created with fennel, alfalfa, and fenugreek to improve wellbeing and the quality of breast milk. It delivers a natural herb blend to support a nursing mother during breastfeeding. The recipe-inspired supplement promotes digestion and breast milk production while easing weariness.

More specifically, Qaadu Milk Tea has been found to help increase the production of breast milk. It has also been shown to improve the health of the baby. These milk tea benefits are due to the combination of natural ingredients which have been shown to have positive effects on health.

What Are The Health Benefits Of Qaadu Milk Tea?

Increased Lactation due to Fenugreek and Fennel: Fenugreek and fennel seeds are two herbs that have been used for centuries to stimulate lactation in new mothers. Fenugreek seeds have a natural stimulant effect on the pituitary gland, which helps to increase milk production. Fennel seeds have a similar effect on the mammary gland, helping to increase milk flow. Both herbs are safe to take during pregnancy and while breastfeeding. They can also be used to improve sleep quality and relieve anxiety and tension.

Increased supply of milk due to  Alfalfa and Anise: Alfalfa and Anise are two types of herbs that have been traditionally used to increase milk production in new mothers. Alfalfa is a legume, while anise is a herb. Both of these herbs contain phytoestrogens, which are plant-based hormones that can mimic the effects of estrogen in the body. These hormones can help to increase milk production in women who are struggling to produce enough milk

Better quality of milk due to Indian asparagus or shatavari: Indian Asparagus or Shatavari  is a type of vegetable that is believed to promote the production of prolactin in the body, thereby improving the quality of breast milk. According to some studies, consumption of asparagus has been shown to improve milk production in mothers who are nursing their infants. In addition, asparagus contains high levels of antioxidants, vitamins, and minerals

Low in Fat and high in Nutrients: Qaadu Breast Milk tea is a great alternative to cow’s milk for breastfeeding mothers. This makes it a good choice for breastfeeding mothers who want to keep their weight down and at the same time ensure that they have enough milk to feed their infants. And considering that the Qaadu Lactation Tea is infused with the best plant based ingredients, it will be the most natural source of milk for new mothers.

Increased Immunity: Having a plant based tea like the Qaadu Lactation Tea daily can not only promote general well-being but also defend the body from harmful diseases. Loaded with healing qualities, there are no side-effects of having this tea. Plant-based milk tea enhances immunity in new mothers and babies. The phytonutrients present in these teas help in fighting infection and protecting the newborn baby from potential health problems.

Enhanced Digestion: Qaadu breast milk tea is a formulation that also aids in improved digestion. The ingredients present in the tea are known to have this effect. Fenugreek and fennel seeds are both known for its ability to promote digestive health. These ingredients work together to enhance digestion for both the mother and the new born child. Qaadu breast milk tea can be a valuable addition to your diet for new lactating mothers who are looking to improve your digestion as well.

Anise Seeds: It is well known that anise seeds are high in iron, which is necessary for the body to produce healthy blood cells. It is also known to contain trace amounts of manganese, a vital mineral essential for metabolism and growth that serves as an antioxidant.

Shatavari (Asparagus): It is well known that shatavari can be utilized to help your body handle stress and enhance your general health. The antiviral characteristics of shatavari make it a potential remedy or preventative measure for viral infections. Shatavari is also used for ulcer treatment and potential ulcer prevention.

Fenugreek: Fenugreek appears to inhibit stomach sugar absorption and increase insulin levels. Inflammation, obesity, and high blood pressure are just a few of the other ailments it is known to aid in treating.

Fennel Seeds: Fennel includes beta-carotene, which the body converts to vitamin A, and vitamin C, which is necessary for the synthesis of collagen and tissue healing. Both of these nutrients are crucial for preserving the skin’s health as well as the mucous membranes that cover vital organs like the respiratory tract.

Qaadu products are a great choice for those looking for ethical and sustainable products. They are ethically sourced from across India, earth friendly, vegan, and made with natural ingredients. These products are also based on age-old wellness recipes that are free from harmful and synthetic chemicals.

How to Stay Sober

An Informative Breakdown Of How Alcohol Affects The Body

3 Reasons Why CBD Oil Is A Great Anti-Ageing Solution