When we talk about spices, we refer to a variety of natural elements obtained mainly from vegetables that use in a particular area as condiments or flavorings of various foods and culinary preparations.

The species are incredibly varied, and this allows you to find a large number of flavors, colors, textures, and aromas that can transform the same particular area to preparation into something completely different, giving it a unique taste.

A Precious Product From Ancient Times

For many centuries, spices were a luxury brought from the East.

For western Europeans, the possession of these spices was essential to preserve better food (for example, through the use of salt), and for a long time, spices were also used as a form of payment when different types of exchanges carry out.

Spices, as stated, are mostly more or less processed plant products depending on each case.

Usually, they come from the fruits, roots, or leaves of a plant, as well as being the result of a more complex manufacturing process.

Many of these spices treat using techniques such as roasting so that their flavor is even more concentrated.
Almost all spices used both in sweet and salty.

Still, they can also use in areas such as medicine, perfumery, cosmetology, or even in sacred acts and religious ceremonies.

Some other commonly used spices are mixtures of various spices that have specially selected to give more or less intense aromas and flavors to the preparation.

Some of these mixes are especially common, in which various spices are used in combination to achieve a more defined and spicy flavor.

And in the specific case of aromatic plants, we must highlight laurel, basil, coriander, tarragon, mint, among others.

Of course, they should not abuse, they should use in their proper measure and harmoniously because excess can cause the opposite effect and leave an unpleasant or very harsh taste in the food. 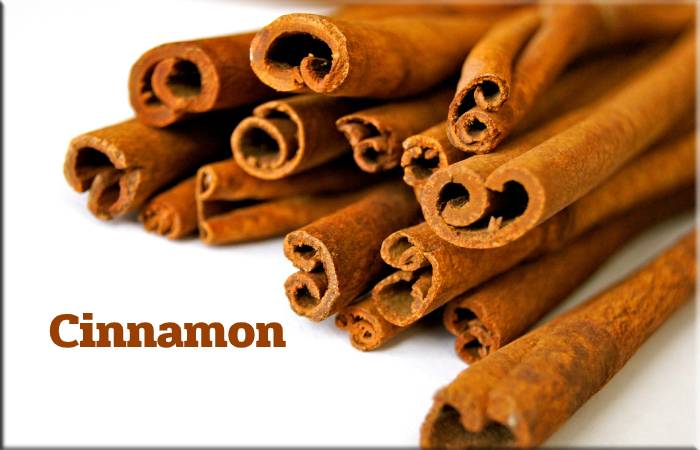 The tree of cinnamon, also called Canelo, and it can be about eight meters long, has white flowers, and bears a fruit that is a dark-colored berry.

The term cinnamon usually refers specifically to the bark of the branches of this tree, which, when the epidermis remove, has a characteristic flavor and aroma.

Cinnamon is an ingredient widely used in eating food.

Cinnamon can use as a stick to flavor or flavor preparation.

Generally, however, it used ground in sweet recipes. Cinnamon used in many countries to make rice pudding, a popular dessert.

The cinnamon is highly digestive and assists in the relief of headaches.

The pepper is a spice that uses to flavor meals. It is a fruit that comes from plants of the genus Piper, made up of about a thousand species.

It means that there is a great variety of peppers.

At the culinary level, pepper is a dry berry that is generally used as a milled one, although the grain can also apply directly.

The flavor is very spicy, so it is included in small doses to prevent dishes from being sharp. 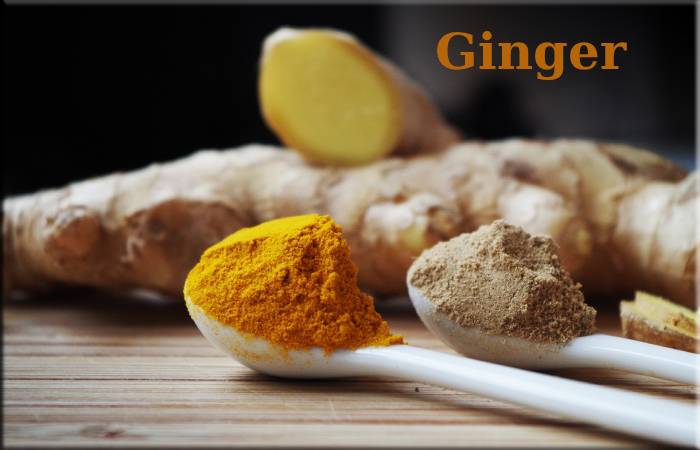 The name was given to a plant that is part of the family group of the stingaree, belonging to the set of monocot angiosperms.

Ginger has lanceolate leaves, flowers distributed in spikes, and a capsular fruit that houses many seeds.

Ginger is known worldwide for its underground stem that grows horizontally.

Its spicy flavor and intense aroma characterize the yellowish and whitish on the inside. 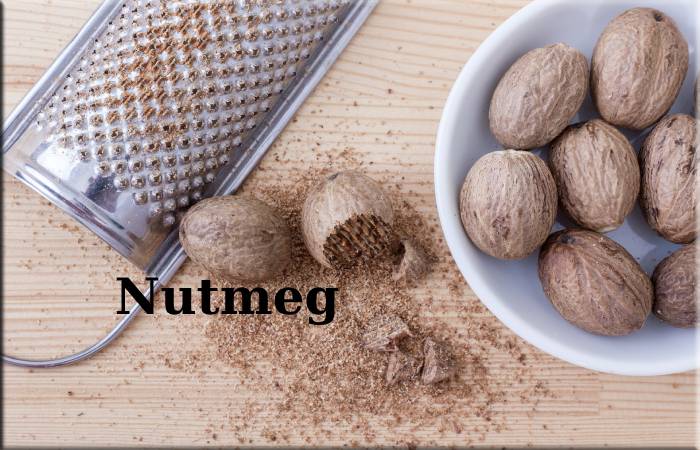 The seed cover by an aryl or fleshy cover hatched and reddish.

This wrapper conveniently dried separated from the rest of the fruit, called mace, and used as a spice seed.

So it is an only tropical fruit that is the source of different spices.

Other products derived from these trees also marketed, such as essential oils extracted from oleoresins and walnut butter.

The most essential commercialized species is the standard or fragrant.

Anise, whose scientific name is Pimpinella anisum, is an annual herbaceous plant that can reach 60-80 centimeters in height.

Suppose the ground conditions allow it. It has an upright, branched, cylindrical stem on top, as well as small white flowers.

It cultivated on a large scale, and Spain is one of the first producers of anise fruit.

This plant has two to three decimeters high.

It prevalent in Spain, and the cooking of its flowers often used as a tonic and stomach.

Cardamom Is One Of the Spices

Plant with broad leaves, white flowers with blue stripes and yellow edges, fruit in the form of a small capsule, and dark brown seeds that use as a spice.

Only its seeds used both in the field of medicine and gastronomy. In this example, it uses the sense of natural remedy.

cardamom is good for digestion and has antacid effects;

Mustard Also One Of The Spices

It made from the seeds of various plants of the genus Sinapis, which also includes cabbages and turnips.

Likewise, it also refers to the small mustard seed, used as a spice, and frequently used in some gastronomies.

But to their primary mission of seasoning foods, we must add another essential one that is health care.

Most of the spices that we mention lines have concrete and positive effects on our health.

According to the studies, it would be some components called polyphenols, a type of antioxidant, that are responsible for their excellent contributions.

Below we will review some, and if you have tasted them, then you will continue to do so because they will also take care of you and make you healthier.

So, the recommendation is to consume spices not only because they will make your dishes more palatable.

But because they will help your health in several ways as we have already seen and because with them it will be less necessary to add salt, sugar or fat.

What Are The Health Effects Of Refined Sugar?

What Is Aloe Vera? – Its Benefits And Uses.

How To Pack A Tasty And Healthy Lunch