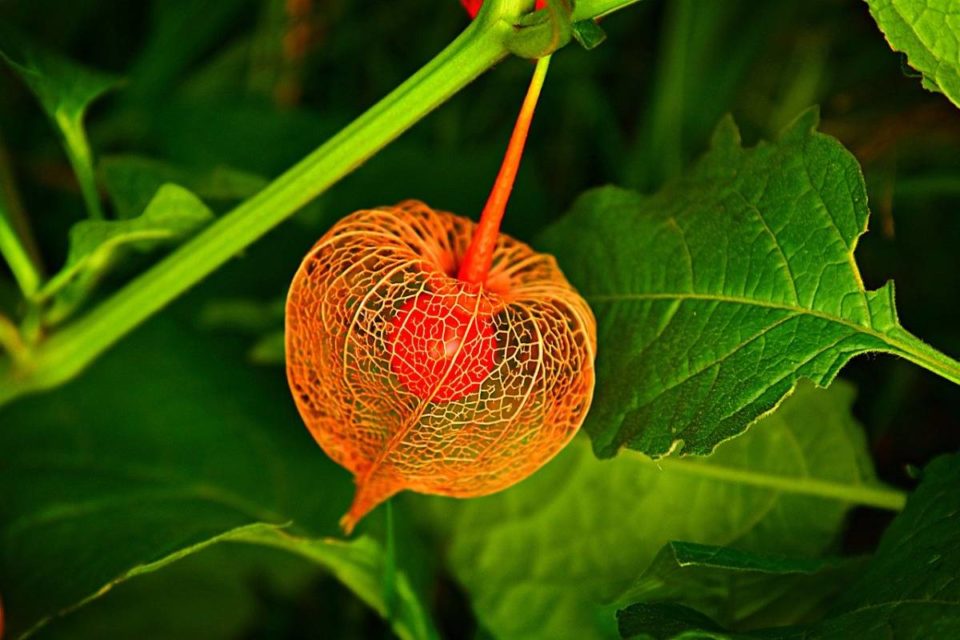 The plant world is indeed unusual, and as proof here, we present you with some of the rarest plants that exist.
Plants are essential for our life and the development of the planet. These organisms descend from autotrophic eukaryotes, cells that do not need to obtain substances from the environment to extract energy, since they can transform light life, which is provided by the sun, into chemical energy. Thanks to this source, they can carry out photosynthesis, so necessary for the release of oxygen and, therefore, for our existence.

This form of life was among the first to originate on Earth, which is why plants have accompanied and coexisted the History of our world for millions of years. However, they have not always been as we know them.

The study of terrestrial plants is an extensive and current topic. Currently, it estimates that there are about 9 million kinds of plants on the entire planet. Each one has characteristics and properties that make them unique or rarest plants. The vast majority of these (approximately 6.5 million) are terrestrial, but more than 2 million species are of aquatic origin.

One of the vast widespread and popular theories is the one that says that land plants emerged from green algae between 500 and 600 million years ago. Assuming this to be correct, the first came into the world at some point in the Ordovician period, during the Paleozoic era. These covered rocks and surfaces near rivers and other small seasonal water formations. They progressively adapted to the terrain and began to reproduce utilizing spores ( sex cells ).

Vegetation evolved to diversify and has reigned for centuries throughout the planet. Even though many specimens and plant species became extinct, either due to the human factor or due to the passage of time and its variant ecosystem, hundreds of curious and rarest plants organisms still inhabit among us.

The creatures that inhabit the earth are truly unusual, and many seem to have transported from a tale of fantasy and fiction. As proof, we present to you some of the rarest plants that exist.

Rafflesia arnoldii one of the Types of Rarest Plants

Known as ‘the flower of rot,’ it is a plant that parasitizes a type of grapevine in Sumatra and Indonesia’s jungles and is one of the three national flowers. It is the largest known flower: it can reach a meter in diameter and weigh 11 kilos. It does not have leaves, stem, or roots, then it does not photosynthesize, and its smell so better stays away, hence its nickname. How did they able to survive so far is an unsolved puzzle. 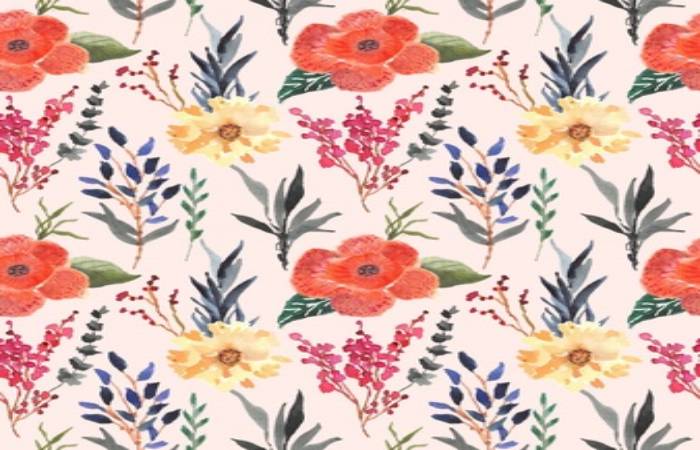 Discovered in 1859 by the Austrian botanist Friedrich Welwitsch (hence its name), it is endemic to the Namibian desert and is considered by some to be a living fossil. The most significant thing is its longevity: it can live up to two millennia. It only has two leaves that do not stop growing throughout the plant’s life, although they do not usually exceed 15 meters. 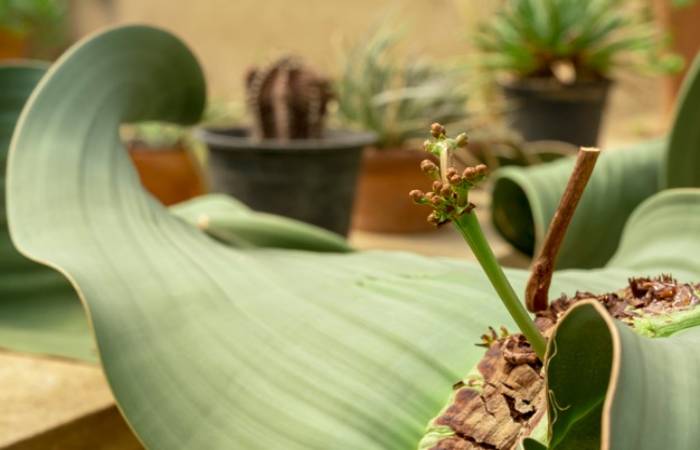 Wolffia Arrhiza one of the Kinds of Rarest Plants

It is the tiny plant on the earth: Its weight 0.5 grams, and its width vary between 8.8 and 1.3 millimeters, which makes a dozen of them fit comfortably on the head of a pin. Aquatic, and it is original to Australia and Malaysia. They hold 40% protein, which puts them at a similar level as soybeans, which is why it used as food. 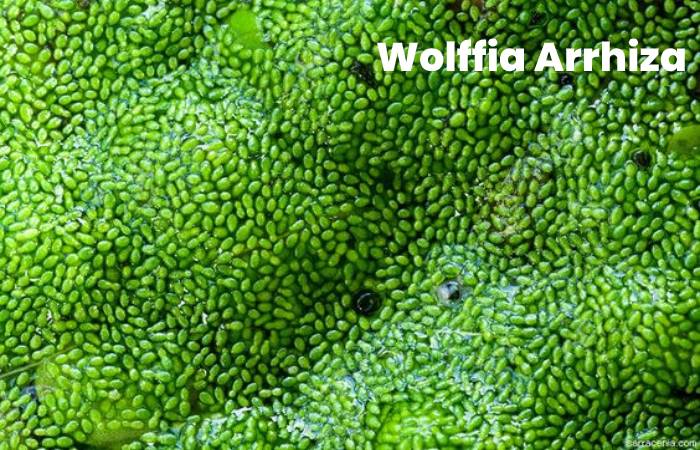 Discovered in 1945, it is endemic to the Three Kings, a group of 13 islands located 55 km off the North Island of New Zealand. Its rarity lies in the fact that only one specimen is known – or exists – that lives on a stony slope on the north face of the Great Island of the archipelago. It believed to be a female tree, but it is still a matter of discussion. Attempts have to multiply it, yet without success: the plant reaches maturity after a decade if it survives the inclement weather.

The Dionaea muscipula is one of the plants Carnivorous most famous in the world. This plant, popularly called Venus flytrap, hunts its prey when they are alive and comes into contact with one of its sharp edges, located around the leaf.

However, the victim must remain or come into contact again in this area within 20 seconds; otherwise, the ‘trap’ will not activate. This is because of a security system developed by the dionaea to ensure that the prey is there, and it will not waste energy.

It comes from the rainforests of Indonesia, and its name means ‘ corpse flower.’ The Amorphophallus titanum is a giant plant that, in some cases, exceeds the average height of the human being with a maximum height of 3 meters.
This spectacular species contains a flower on its stem that gives off a rancid aroma, which resembles rotten meat. This technique has developed to attract particular pollinating insects.

This plant is also called the ‘ dragon blood tree’ or ‘Socrota dragon tree’ due to its origin, the Socrota archipelago (it can also found in some Canary Islands). It is a gigantic tree whose thick trunk can reach a height of 10 meters. The leaves of the Dracaena cinnabari are vertical and very rigid.

It comes from the most extensive desert in North America, the Chihuahuan Desert. This plant, therefore, is found in dry areas and with a lot of suns. The Selaginella Lepidophylla does not flower. It receives the denomination of ‘ plant of the resurrection,’ since, after a period of desiccation (that varies from months to years), it can return to life (to its life cycle) rehydrated. Also, it remains in a dormant state to avoid damage to its tissues, and when it receives water, its dead leaves open and turn green. It should not confuse with the Rose of Jericho, another plant with very similar properties.

The hierochuntica Anastatica is native to the deserts of Arabia and also in areas of Palestine and Egypt. Like Selaginella, it remains dry after long periods with the possibility of rehydrating and opening. However, the Rose of Jericho can perform this process several times longer than the Selaginella. Another of the most apparent differences is its appearance since the Rose of Jericho resembles firewood with branches, and the other is more similar to a fern.

This species is original from tropical America and stands out for its distinctive touch. The leaves contract towards the stem when they feel the contact of some external factor, as a protective closure. This action also causes some of the weaker leaves to fall, giving it a dying appearance that drives away predators.

It is a North American floral plant that reaches 50cm in height. Its white flowers produced in tiny clusters. This species also generates the drupe, a fruit resembling a balloon eye, called ‘doll’s eye.’

However, this harmless appearance finds its double face in the poison found in its fruits. It has been classified as toxic to humans, although it used as an antidote to some snakes’ venom in some cultures.

Tacca chantrieri one of the Rarest Plants

This unique plant holds out for its black and purple pigmentation. The Tacca chantrieri spans areas of Malaysia and the Pacific, and it isn’t easy to find. It lives mainly in areas where a humid environment predominates.

‘Blood tooth fungus.’ As its name suggests, it is an inedible fungus that produces spores on its vertical spines’ surface. It was discovered in 1913 and has since found in North America, Iran, and Korea.

Its looks changes depending on the evolutionary phase in which it is. At birth, it is a velvety grayish mass. While it grows, it turns color and texture and begins with fluid secretion, losing it at the end of its life.

Baobab or Andansonia trees grow on the island of Madagascar. They are also known as monkey trees, and their spectacular height ranges from 5 to 30 meters. Its trunk of irregular or bottle shape formed by a smooth bark, whose diameter extends to 11 meters. Besides, it is a legendary species, as they can live for hundreds and hundreds of years.

Another most curious species of carnivorous plants. The capensis Drosera feeds insect trap using as its striking and sticky tentacles. The prey comes into contact with these and surrounds it until it envelops it and prevents its escape. Its leaves only last one day, opening in the morning and closing and falling at dusk to make way for new ones. Also, this plant produces small seeds.

Cereus grandifloras one of the Kinds of Rarest Plants

They receive the name of ‘Queen of the Night’ and found in South America and the central area. These exotic flowers lived in very dry regions and located high on rocks. Besides, because the flower only lasts 6 hours, without the possibility of being born again.

It is a kind of orchid, whose shape resembles that of a hammer. This appearance is due to the only insect’s imitation by which it can pollinate, the Thynnid wasp. The Drakaea thus simulates the figure of the female warn and produces pheromones to attract males.

It is popularly known as ‘ Witches’ Grass’ because of its pointed and elongated shape and purple leaf.
It is a continuing plant that ends an about size of 1 meter in height. Its stem is under, which lets it to collect a more significant amount of nutrients. The petiole (the corner that joins the branch and its leaf) is incredibly long, reaching an average of 20cm.

Hydnora Africana one of the types of Rarest Plants

This plant stands out for the lack of chlorophyll (green pigments characteristic of plants). The Hydnora grows underground from the African continent, and the only visible part of it is its fleshy flower. It ajar its petals to allow the entry of insects for a short period. Like the Bunga Bangkai, it emits a putrid odor to attract specific parasites.

Its look is suggestive of a starfish. The Clathrus archeri plant is a unique species of Australian origin. One of its concerns is that at birth, it egg-shaped, thick, and soft. Next, when it unfolds, it lets out several red stalks with black spots, giving the appearance of a star or a crab’s legs. Its scent is so uncomfortable, like the earlier one, and this species only arrives in the summer and autumn seasons.

Also Read: Radish Leaves: Benefits and Ways of Use

Very Important: migraine write for us

Planning a Road Trip? Here Are 8 Places You Should See

5 Benefits of Apple Cider Vinegar According to Science

How To Grow Lettuce?