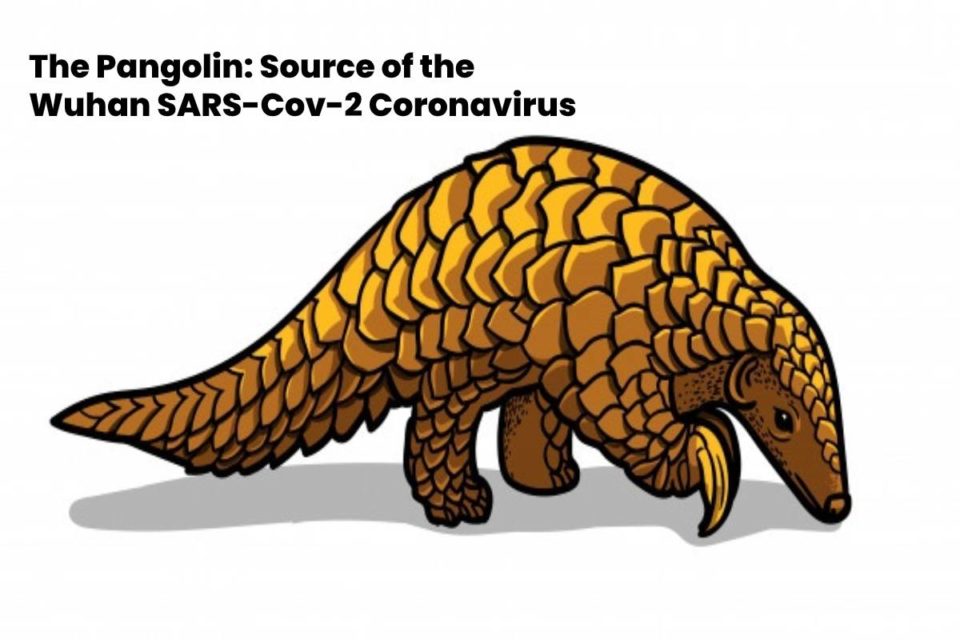 Every third Saturday in February, International Pangolin Day is commemorated, sadly? Famous in recent weeks because it appears that the pangolin is the coronavirus (although it is still pending confirmation).

And suppose I sadly put between question marks. In that case, it is because perhaps it is time to focus on this species that is in danger of extinction precisely because of illegal hunting for consumption as a delicacy in countries like China and Vietnam, or use in medicine traditional Chinese or its curious skin based on scales.

Pangolin Source of the Coronavirus

Precisely, the consumption of their meat that was the traditional objective of hunting pangolins may be the origin of the infection by the coronavirus or SARS-CoV-2 as its official name is, as has been recently declared. The disease has been called COVID-19.

A species considered a pathogen (it can be a virus, bacterium, or parasite) when it has it in its body. Naturally and habitually, this species is not affected (or it involves very little). To other species, in this case, the human. Briefly, it can say that a reservoir species is the natural host species of the pathogen.

A recent study published in Nature pointed out that the genetic sequence found in pangolins matched 99% with that found in humans affected by SARS-CoV-2. It appears that pangolins have a good chance of being the source of this new virus.

Until February 7, no relationship with the coronavirus had made public. It still thought that given the similarities with the bat coronaviruses. So they could come from there since the inventory of products created from the Wuhan market does not appear in no time the pangolin on the market. Still, it did not occur because the pangolin trade is illegal. This can make further investigations and controls difficult.
If you have not heard of pangolins until now, in this post, we present them to you.

Also Read: The 6 Main Branches of The Natural Sciences

Despite their reptilian appearance, pangolins mammals with skin made of scales. If from childhood, we told that one of the mammals’ characteristics that they covered with hair, the pangolin is a clear exception. This is biology, full of exceptions.

Pangolins are mammals include in the order Pholidota, characterized by mammals with skin covered with scales. Not to confused with armadillo s that belong to another order because their body covered with juxtaposed bone structures but not rankings.

This order contains six families, all of them extinct except for the Manidae family, where current pangolins are classified.

There is only one Genus with Eight Living Species of Pangolin, the Genus Manis.

They live in tropical areas of Asia and Africa, where they feed on ants and termites. Also, they lack teeth but have a very long tongue and powerful claws to excavate the nests of termites and ants and provide on them. They also allow them to dig into the ground to create caves and hide in them.

This ability to excavate allows them to aerate the soil and facilitate the mixing of nutrients, thereby fulfilling an essential ecological function for soil conservation. Also, as they feed on insects (they can eat up to 70 million ants a year), they regulate their populations and prevent pests.

They are nocturnal and solitary so that they only live alone or pairs. They are viviparous (that is, the female has the young inside the body until its full development) and only have one young at a time. When warned, they can move up into a ball to protect themselves with their skin from scales. 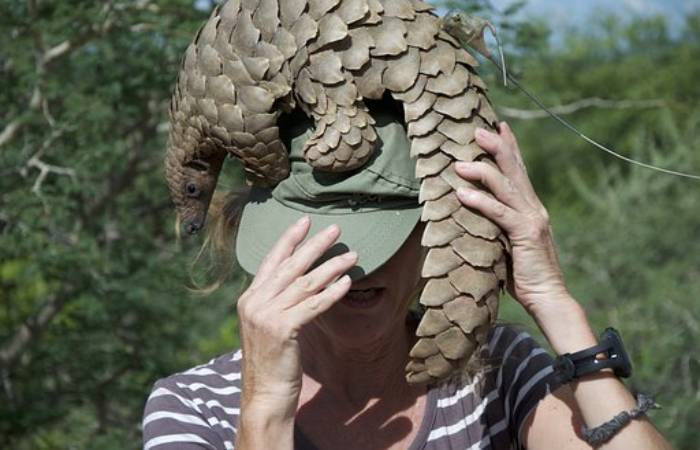 Why did Pangolin Threaten?

The eight species of pangolin are classified as “Critically Endangered” in the Red List of Threatened Species of the IUCN (International Union for Conservation of Nature). According to data from the CITES convention, it is the most trafficked mammal globally since 2015. As of 2019, 46 tons of scales seized in importing countries and more than 1500 individuals between living and dead and medicines, skins, etc.

Pangolins highly prized for their meat in China and Asian countries, which considered an exquisite delicacy. Besides, in traditional Chinese medicine, its scales thought to have properties as diverse as reducing swelling and improving circulation and rheumatism, arthritis, or asthma. In the fashion industry, its scales were also highly valued.

In addition to these species’ illegal hunting, their habitat threatened by its destruction to change land uses. This, together with the fact that they only give birth to one calf simultaneously, makes it seriously threatened.
Asia’s pangolin populations heavily decimated by illegal trade. So the pressure has shifted to Africa where until now, their illegal hunting was much less than in the Asian area. 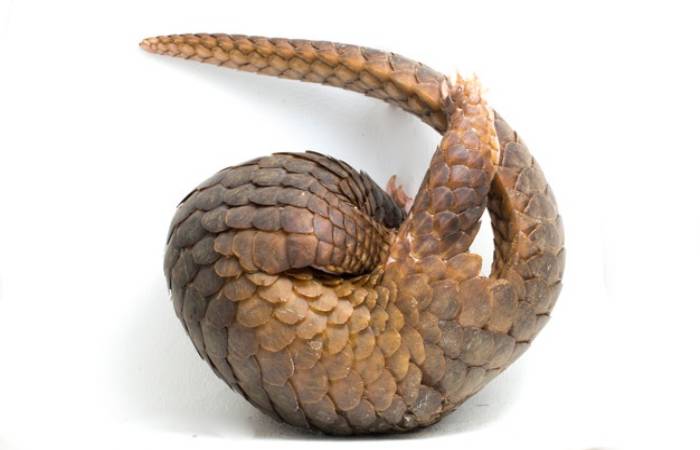 The 6 Main Branches of The Natural Sciences

How To Move House Without Stressing Your Dogs Out?

3 Easy Ways to Eliminate Pet Odors from Your Home