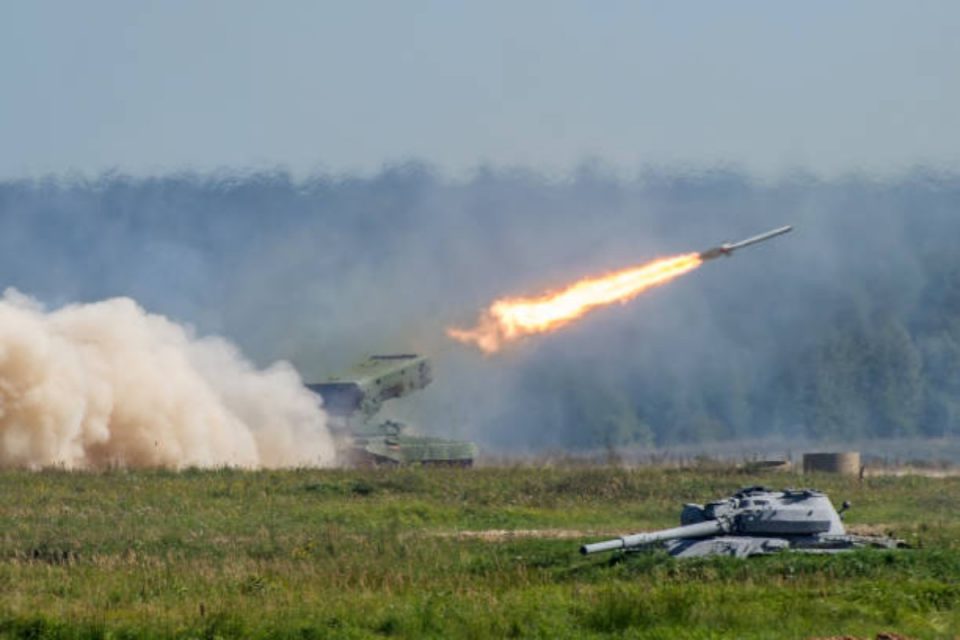 People are increasingly concerned about the potential consequences of nuclear weapons use in the Russia-Ukraine war. Iodine can be used in cases of nuclear emergencies to block the absorption of radiation.

How Does Iodine Protect Me From Radiation?

With the Russia-Ukraine war entering its fourth week of intense fighting, there has been mounting concern around the security and safety of Ukraine’s numerous nuclear facilities. So much so, in fact, that the International Atomic Energy Agency (IAEA) recently called for “an end to all armed conflict that puts nuclear facilities at severe risk and jeopardizes the safety of the public and environment.” Adding fuel to the fire is Russian president Vladimir Putin putting the country’s nuclear forces on high alert on February 28th, further raising fears that the invasion of Ukraine could lead to nuclear war, whether by design or mistake.
Understandably, people around the world are increasingly concerned.

The main safety concern around nuclear facilities has always been the possibility of an uncontrolled release of radioactive material (isotopes), leading to contamination and consequent radiation exposure off-site. The same consequences apply to nuclear weapons which produce radioactive iodine when detonated. The radioactive isotopes released in nuclear power plant accidents include Iodine-131 – or radioactive iodine.

Subsequent human absorption of Iodine-131 can come from consuming contaminated water, milk, and other foods, as well as by breathing dust particles in the air. Once inside the body, Iodine-131 causes mutation and death in cells that it penetrates.

Given the current climate and the heightened potential threat of nuclear weapon use, it isn’t surprising that there’s been a lot of buzz around iodine recently. So, does iodine truly protect you from radiation, or is it just hearsay? To clarify the link, we must first understand what iodine is, and how it functions inside the body.

Iodine, also called potassium iodide, is a vitally important trace mineral. Primarily known as being required for healthy thyroid function and efficient metabolism, iodine plays many other critical roles in human health. The thyroid gland requires iodine to produce key hormones that regulate energy and metabolism, which it readily absorbs from the bloodstream.

The thyroid, however, cannot distinguish between stable iodine and radioactive iodine, so will absorb whatever is present. When radioactive iodine is indeed absorbed into the thyroid gland, this puts us at increased risk of thyroid nodules, hypofunction, and thyroid cancer years down the line. It’s worth noting that the younger the individual at exposure, the higher the risk. This means that babies and children are especially vulnerable.
So, how do iodine pills help with nuclear radiation? Let’s explore.

What does iodine do and why use it for radiation?

After the 1986 Chernobyl nuclear accident, winds blew a radioactive cloud over Europe, resulting in over 3,000 cases of thyroid cancer over the next 10 years in those exposed to the radiation. Because of what was learned following this incident, iodine is now officially recommended by most health authorities in cases of nuclear emergencies to helping block radioactive iodine from being absorbed by the thyroid gland, thus protecting it from radiation injury – most notably, thyroid cancer, because, as seen, the thyroid is the part of the body that is most sensitive to radioactive iodine.

Indeed, research has shown that taking its supplements saturates the thyroid gland with iodine for approximately 24 hours; thus, taking a dose of iodine daily will prevent radioactive iodine from being absorbed – especially when taken soon enough after exposure. For effective protection in cases of potential nuclear exposure, one dose should be taken daily until the risk no longer exists.

9 Ways to Protect and Improve Your Hearing as You Age

Is CBD Hemp Flower The Best For Anxiety Relief?

What Everyone Should Know About Using Sunscreen [5 Facts]