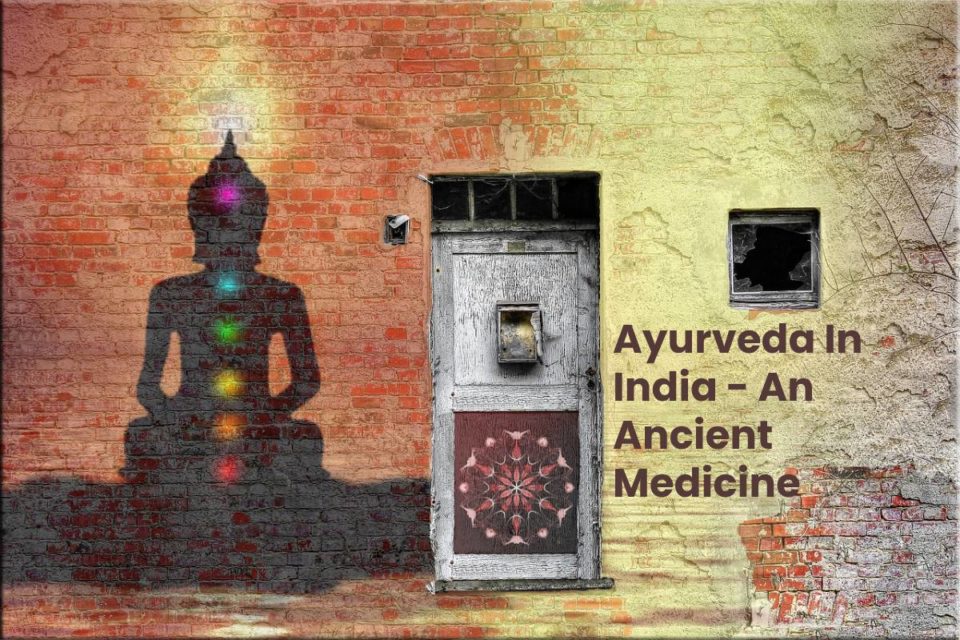 Ayurveda in India is an ancient traditional medicine system originating from this country, specifically from the State of Kerala, and practiced in different parts of the world as a form of alternative and complementary medicine.

In Sanskrit, the word Ayurveda derives from the words Ayus, which means “life” and Veda, whose meaning is “science,” which comes to define the objective of their ancestral philosophy.

Also Read: Yoga And Svasthya Yoga – Definition, Concepts, And What Is It?

Officially recognized by the WHO (World Health Organization) as a complete system of alternative medicine, which prioritizes the prevention of disease, promoting health and lengthening life in a fuller way, Ayurveda considered the oldest known medical science.

Its beginnings go back to the Vedic tradition and culture, established in the Indus valley some 5000 years before Christ, date in which the sacred writings known as “the Vedas” coded.

Philosophy Of Ayurveda In India

Ayurvedic philosophy based on man’s search for harmony with God and the understanding of the human body as a system dependent on the central unit known as Tridosha.

The Tridosha is composed of three entities (Doshas) or Kapha, Pitta, and Vata energies (also called Vayu) that are the primary basis of Ayurveda diagnosis, pathology, and therapeutics.

The Universe, according to Hinduism, formed from five elements: ether, air, fire, water, and earth. And each Dosha created by combining some of them.

Thus Vata formed from ether and air; Pitta represents fire, and Kapha made of water and earth.

The human body also made up of the union of these elements. But the resulting mixture is different in each person.

For this reason, the external physical aspect, the functioning of the internal organs, the type of intellectual aptitudes, and the personality are different in each one of us.

When a person is healthy, the three doshas are in the right proportions. Besides their quality is pure, and their activity is calm and orderly.

On the contrary, when a person suffers from a disease. And because of an imbalance so that one or more doshas are in less or more than the ideal amount.

The difference of deficit or excess in the proportion of the doshas brings about the appearance of the different syndromes and diseases.

How Ayurveda Works In India 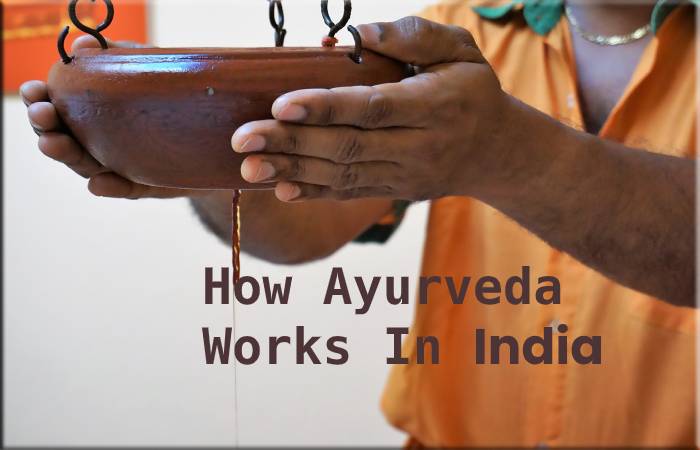 The main healing objective of Ayurveda in India is to stabilize the various imbalances produced in the Doshas. And which leads all physical, mental, and spiritual functions.

When this balance is brokes, the body stops working correctly.

In these cases, it is necessary to regain harmony between the Tridosha to achieve full health.

To balance these elements, Ayurvedic doctors use a wide range of techniques, including nutritional adjustment, massage, and meditation.

Every year thousands of people travel to India to receive Ayurvedic treatment. And every day, it is more prevalent in the west.

The goals are varied, from losing weight to treating severe illnesses.

It is common to travel to Ayurvedic resorts where the patient stays during the weeks of treatment. So that he can access the procedures and can control his diet, activities, sleep.

Treatments generally last several days or weeks. But if you have less time, you can visit a doctor, and he will prescribe the best products.

Ayurveda originates from the State of Kerala. So most clinics and treatments are located there, but other places in India offer proper quality treatments.

Pranayama: What Is It ? And Its Benefits

7 Medicinal Herbs In The Treatment Of Neuropathic Pain