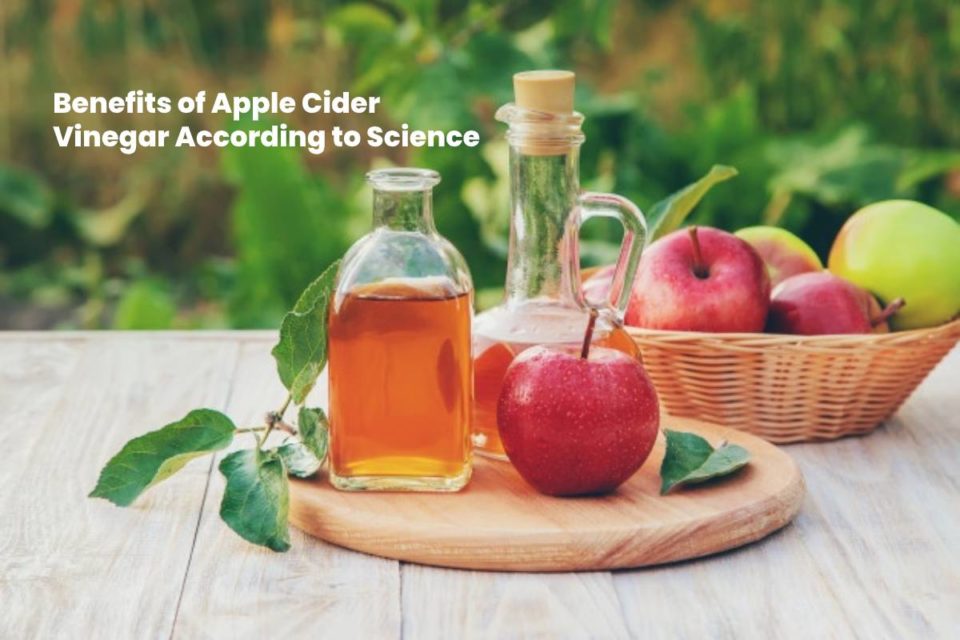 Apple cider vinegar is a versatile product that became popular for its applications in gastronomy and natural medicine. What does science say about the benefits attributed to it? Find out!

The benefits of apple cider vinegar are documenting through various investigations. While it is true that many of its uses come from popular literature, there is evidence of its nutritional content and its anti-inflammatory and antimicrobial potential. Are you interested in knowing more?

To begin with, let’s remember that this product is obtaining from the combination of apples with yeast. The latter ferments the sugars and transforms them into alcohol. Later, bacteria add to the mixture, and the alcohol converts to acetic acid.

This substance is what gives it its sour taste and intense aroma. Besides, it appears that it is responsible for its benefits. Added to this, apple cider vinegar also contains water, traces of other acids, vitamins, minerals, and other compounds that contribute to health.

Apple cider vinegar, like other varieties of vinegar, is characterized by its content of bioactive compounds with pharmacological potential. According to a review published in Food Chemistry, this product concentrates polyphenols, organic acids, and micronutrients that exert beneficial effects when they assimilate into the body.

In particular, it attributes to antimicrobial, antioxidant, antidiabetic, and antihypertensive properties. It is also positively associated with skin health and the prevention of premature aging. Let’s take a closer look at its science-backed benefits. 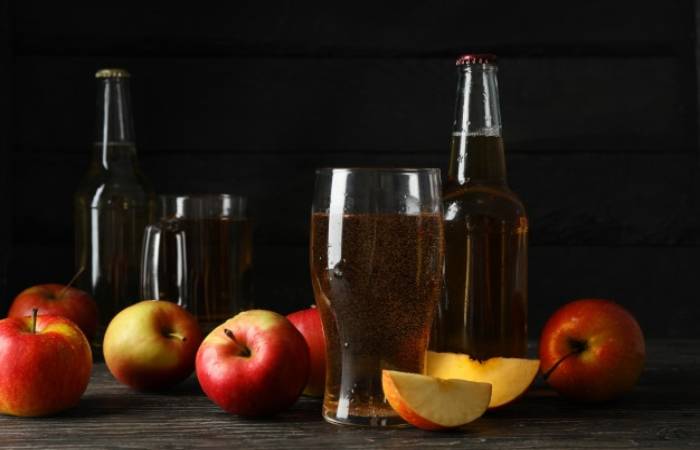 Apple cider vinegar is used as a disinfectant and as a natural preservative. Due to its acetic acid content, it helps to inhibit the growth of bacteria such as E. Coli, which can accelerate the breakdown of food and cause infections.

In a study published in 2018, researchers determined that this vinegar has multiple antimicrobial potentials, as it fights pathogens such as E. coli, S. aureus, and C. Albicans. However, the evidence is still lacking to determine what dose is effective and safe.

One of the most popular benefits of apple cider vinegar has to do with the regulation of blood glucose levels. Although this product is not a first-line treatment for diabetes, its consumption in moderate amounts serves as an adjuvant to stabilize glucose.

A small study published in Diabetes Care found that consuming apple cider vinegar diluted in water can improve insulin sensitivity by between 19% and 34%, especially after a carbohydrate-heavy meal.

Meanwhile, in a review published in Molecular Nutrition and Food Research, it was concluded that vinegar helps improve insulin function after meals. Thus, in turn, it lowers blood sugar levels.

3. It is an Aid in Weight Loss

Weight loss varies from person to person, as it determines by genetics and lifestyle. Apple cider vinegar cannot fight excess weight on its own; however, its consumption is a compliment for those who are trying to lose weight.
Human studies suggest that moderate consumption increases the feeling of satiety—consequently, caloric intake decreases, and weight loss supplements.

Research published in the Journal of the American Dietetic Association found that taking this ingredient after a hearty meal in carbohydrates increases satiety. It even made the participants consume 200 to 275 fewer calories during the day.

On the other hand, in a study published in Bioscience, Bio technology, and Biochemistry, it was observed that the daily consumption of apple cider vinegar caused a reduction in abdominal fat in those involved.

4. Has Positive Effects on Heart Health

In popular medicine, there is talk of benefits of apple cider vinegar for cardiovascular health. There are even those who suggest that its daily intake lowers cholesterol levels and the risk of heart disease. However, to date, there is not enough evidence.

Animal studies have found that this ingredient reduces cardiovascular risk factors, such as the accumulation of cholesterol and triglycerides in the blood. It also appears to act as an antihypertensive. Despite this, no solid data are confirming the same effects in humans.

Anyway, as long as its consumption moderate, it included as a complement to a healthy and balanced diet. However, if you are taking medication, it is best to consult your doctor first.

About the application of apple cider vinegar on the skin, there are several controversies. While some dermatologists completely discourage its use, others state that diluted in water, it can contribute to the control of the symptoms of problems such as eczema or dandruff.

How do you explain this? An acid barrier protects the skin. When said acidity altered, dryness and inflammation increase. Vinegar, by containing organic acids, seems to help restore the skin’s pH balance. However, it not entirely proven.

In any case, to avoid unwanted effects, it should always be diluted in equal parts of water. For more safety, the ideal is to do a small test in one of the areas of the skin before applying it in its entirety. If any unwanted reaction observes, it should rinse with plenty of water and use discontinued. 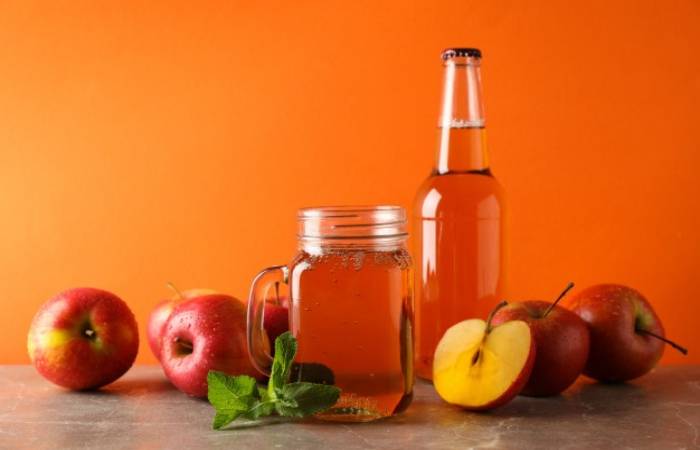 How to take advantage of the Benefits of Apple Cider Vinegar?

To take advantage of the benefits of apple cider vinegar, use it in the kitchen. It’s great for dressing, homemade mayonnaise, and other recipes. Also, some prefer to dilute one or two teaspoons (5 to 10 milliliters) in a glass of warm water. It consumes in the morning.

The use of undiluted apple cider vinegar altogether avoided, as it can cause tooth enamel deterioration and digestive discomfort. It also has drug interactions. It should consult in case of being under medical treatment.

Apple Cider Vinegar is not a Miracle Product

As we can see, the evidence has found interesting properties in apple cider vinegar. However, that does not mean that it is a medicinal product. While it associated with health benefits, it is not a substitute for medical treatments, and it does not act on its own.

It is necessary to accompany its consumption with healthy lifestyle habits. Also, if you have illnesses, you should consult your doctor. It must remember that this ingredient can interact with medications.

How To Clean Dry Herb Vapes… and Why?

How to Keep Your Gift-Giving Sustainable and Reduce Waste